President of the European Parliament

Dear participants, Ladies and Gentlemen, My message can only begin with sincere thanks. Thank you because with your contribution you are on the side of the European Union in a battle of inestimable value.

The one against discrimination. whatever they are. I am proud that the European Parliament is once again hosting this important step in the awareness campaign that you have been successfully carrying out for years. 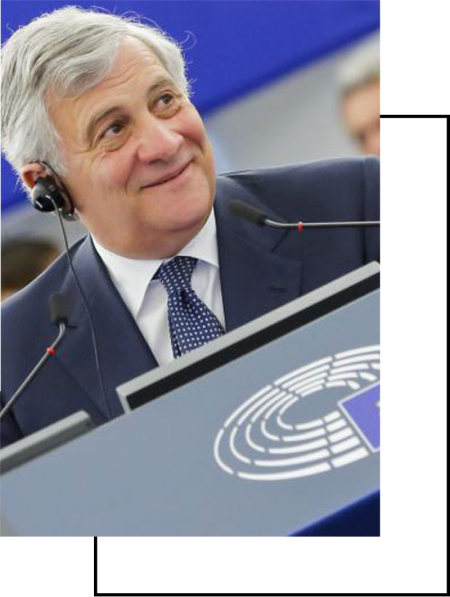 A MONUMENT AGAINST DISCRIMINATION

Some statues are torn down when a tyrant is defeated, such as that of Saddam Hussein, which was demolished in downtown Baghdad in 2003. Near Prague, there is a ‘cemetery’ of communist-era sculptures, whilst in the Central African Republic, a huge statue of the former emperor, Bokassa, rusts among the tall grass. Then there are the statues that have become unwanted, if not intolerable because historical judgements have evolved.

Now, finally, there is a statue against discrimination. Daniele Basso created it at the request of African Fashion Gate, who donated it to the municipality of Villafranca and put it on display permanently in Piazza Risorgimento.

The work of art is a monument symbolising tolerance and integration, which will be donated to the mayors of all those cities worldwide that have stood for anti-discrimination initiatives. The project is run by African Fashion Gate ApS ETS and is part of its FASHION WEARS PEACE initiatives. This is a unique initiative in Italy and worldwide, which will involve other countries every year through the donation of a scaled-down version of the monument against racism by the Mayor of Villafranca to his counterparts in other European cities and on other continents who have stood out for their commitment to combating discrimination of all kinds. The donation aims to raise awareness on the issues of racism, incitement to hatred and discrimination, as well as the encouragement of coexistence between citizens in which the primary democratic values of solidarity, tolerance, mutual understanding and respect for diversity are paramount.